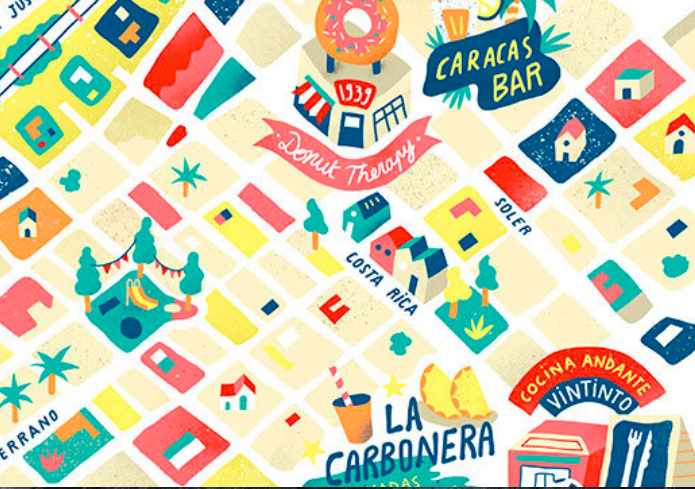 (American Way inflight magazine) Argentines often refer to their country as a “crisol de razas,” or mix of races, since 6.6 million immigrants settled in the country in the 18th and 19th centuries—second only to the United States. The immigrants were mostly European, and locals still refer to themselves as “porteños,” alluding to their arrival via the port.

More recently, Buenos Aires has received a wave of immigrants fleeing the humanitarian crisis and economic collapse in Venezuela. “I moved to Argentina because I was sick of Caracas and its violence … shortages of supplies, fear, insecurity … you couldn’t foresee a future for anybody of any age,” says Gustavo Castillo, who arrived in 2011.

“I had friends who could lend me a mattress when I got here.”

For Castillo, a former sous chef, opening a storefront in the food-and drink-centric Palermo area made sense. Today he puts twists on a classic treat at Donut Therapy while fellow immigrants whip up arepas and agua de panela (sugarcane water), adding a dash of rum to bring home a little bit closer for more than 170,000 Venezuelans currently residing in Argentina.

For the rest of this, please check out the November 2019 edition of American Way.