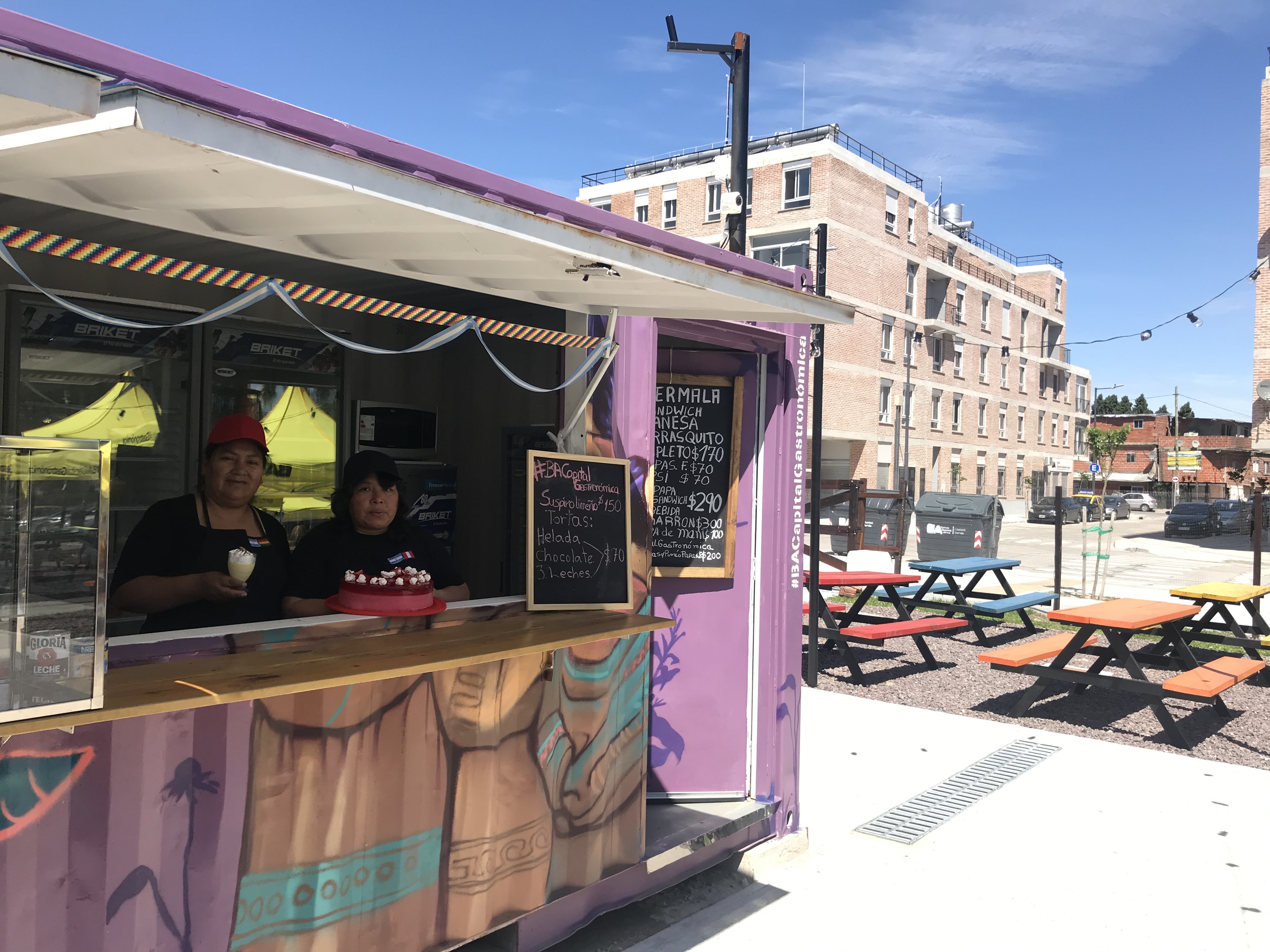 (The Independent) On a wintery August Thursday in Buenos Aires, Elvia Tito left her home in Villa Rodrigo Bueno, a shantytown, and loaded up her car with pans, folding chairs, tables and cooking supplies.

It was business as usual for the Bolivian cook, who ran a lunchtime street food stall outside Cinar, a shipbuilding yard in the Argentine capital, selling milanesa (breaded cutlet) sandwiches to taxi drivers and dock workers.

But the following day marked a huge professional and personal change: Elvia started working from a converted shipping container restaurant – her first legal business – at the Patio Gastronómico Rodrigo Bueno, a brand-new outdoor food court located half a block from the villa where she’s lived in precarious housing with her three children since 2003.

It’s taken three years for the food court to come to fruition, and she never believed it would open.

“I didn’t have any hopes that the patio gastronómico would ever become reality – not until I signed the contract for the container the week before opening,” she says.

“But as this was a group effort [with seven other villa residents], I always thought that maybe, if we stuck together, something would eventually happen.”