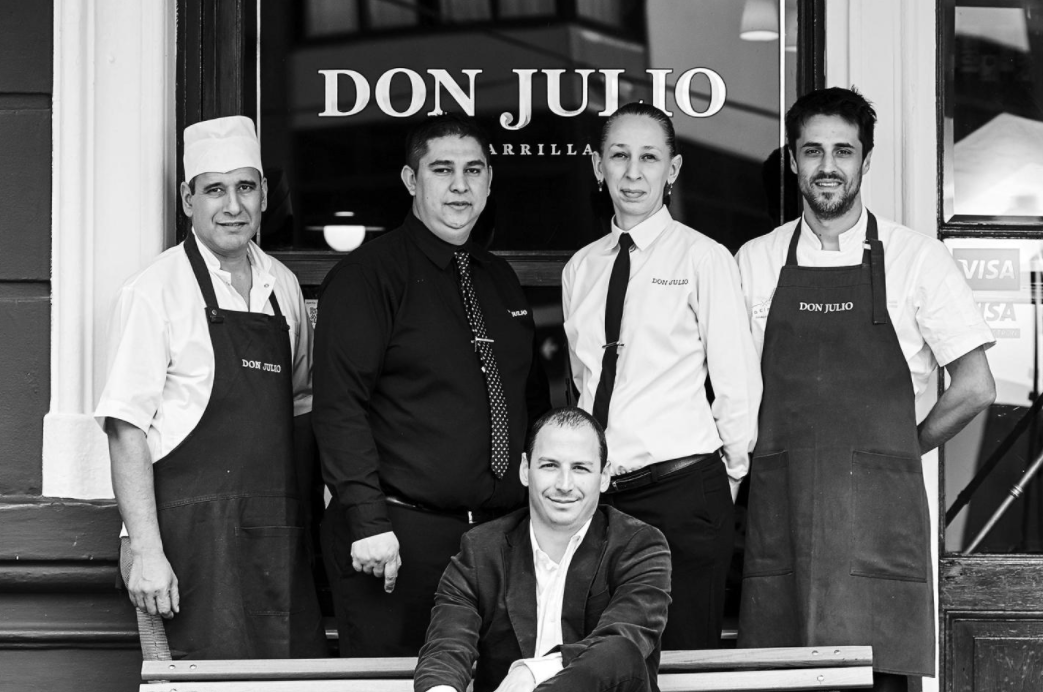 (Fine Dining Lovers) It was a precocious 20-year-old Pablo Rivero who threw the few savings he had, along with backing from his grandmother and father, into a humble parrilla (steakhouse) that opened in a sketchy Buenos Aires ‘hood shortly before Argentina’s most devastating economic crisis unleashed its turmoil in 2001.

Today, Parrilla Don Julio tops the bucket list of almost every visitor to the Argentine capital, a restaurant frequented by porteños and tourists alike, the one steak you absolutely must eat when in town, and a name that’s become synonymous with Buenos Aires. Yet, 20 years ago, its first diners were neighbourhood locals keen to devour a decent steak and chips (and many remain faithful patrons today), and it probably didn’t cross Rivero’s mind that Don Julio would mark two decades in the business, never mind be crowned number one in Latin America’s 50 Best Restaurants in this most complex of years, 2020.

Family is key to the Don Julio narrative, the Buenos Aires establishment that has become the first non-Peruvian establishment since 2013 to take the top spot in the regional awards. It’s an accolade that should be celebrated, given that ‘steakhouses’ aren’t usually the recipients of the big prizes. The Don Julio story runs deeper than that – and is an integral element of Argentine culture and heritage.

Restaurateur and sommelier Rivero says: “Our mission has been the same from the beginning: placing value on our traditions and culture. There’s a family behind Don Julio, a family originating from Rosario in the middle of Argentina who laid down roots in Buenos Aires. A butcher and livestock producer for a grandfather, a livestock-producing father, and a son who needed to forge a future, joined forces, bringing their ambitions and relevant experiences to the table, to ensure that I could have a parrilla using the beef we raised.” For many years his mother Graciela managed the till while dad Enrique sourced products from around Argentina: Enrique’s most recent find was goat kid sweetbreads.

For the rest of this, please visit Fine Dining Lovers.