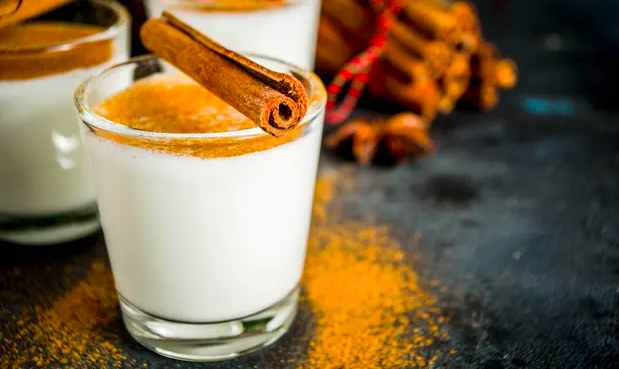 (The Guardian) A selection of Christmas drinks that go beyond  mulled wine; our pick of the best winter tipples, from hot beer in Krakow to Chile’s pisco eggnog.

Translating as “monkey’s tail” (or, more crudely, “arse”), cola de mono is Chile’s quintessential Christmas and new year aperitif. While one theory suggests it was created by thirsty president Pedro Montt, who’d run out of conventional booze at a party, this eggless nog concoction is made by boiling up coffee, condensed milk, vanilla, nutmeg, cinnamon and cloves. The vital kick, however, comes from Chile’s favourite tipple, pisco, although any aguardiente (liquor) will suffice. Taken chilled – Christmas spells summer in the southern hemisphere, after all – Chileans whip up litres of cola de mono (also a 2018 film) to share with friends and family. Sample it year-round at Bar Nacional 1, a traditional soda fountain whose decor has barely been touched since it opened in 1955, that’s frequented by office workers and suits looking for a speedy refuel.
• Huérfanos 1151, barnacional.cl

For the rest of this please visit The Guardian.