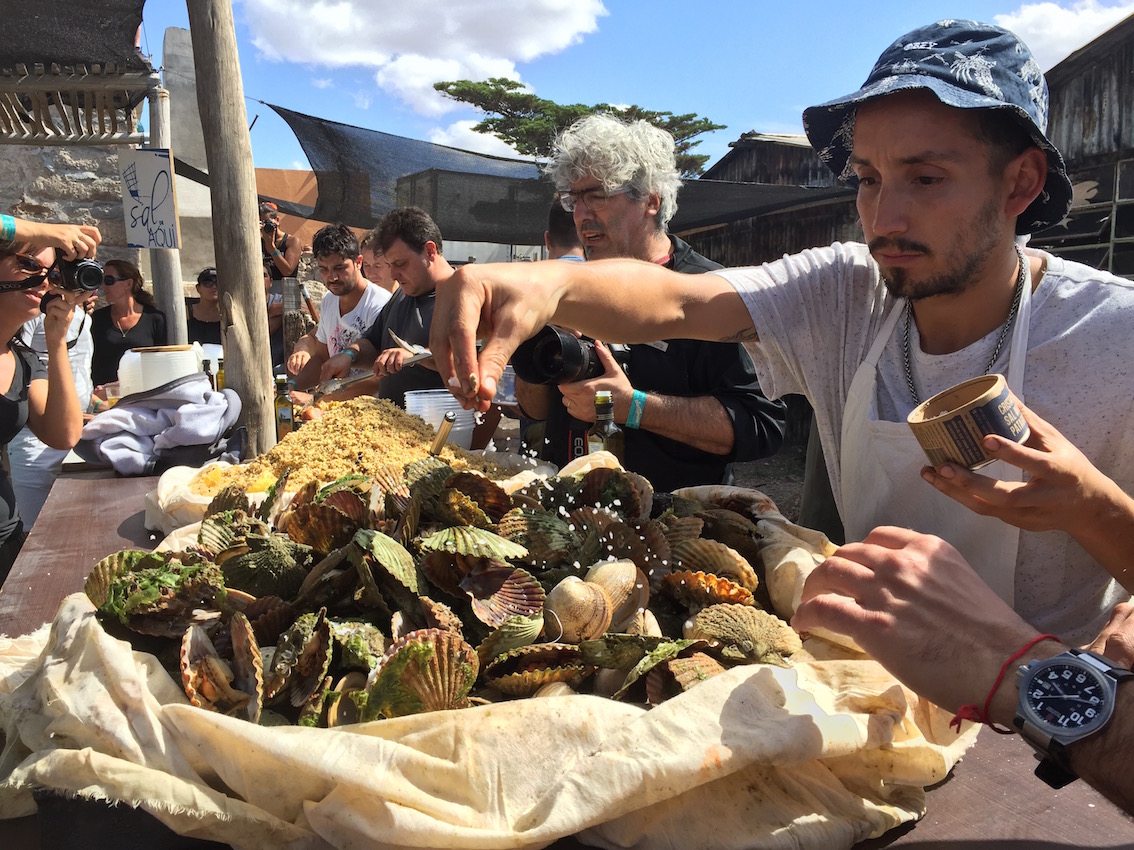 (Munchies) Orcas circle the bay in search of unsuspecting sea lion pups, two trawler wrecks cling precariously to the rocky shore, and the cemetery’s tombstones are engraved with German and Nordic surnames.

Welcome to Cabo Raso, Argentina—elephant seal population in its hundreds, human population: two. Sitting on the Atlantic coast of Patagonia, the village was once a disembarkation point for 19th century German migrants, before becoming a weapons-testing site during the Cold War. But given its remote location—47 dirt-track miles from the village of Camarones and 101 miles from Provincial capital Rason—“El Cabo” fell into a state of permanent ruin when its last resident died in 1987.

The intervening years saw fishermen and surfers gather to make use of its natural resources, including Sal de Aquí co-owner Martín Moroni.

“It was an abandoned village but a lot of people went fishing. I’d go surfing as there were good waves,” Moroni tells me. “And, as it’s so remote, we used to stay at El Cabo for a few nights. That’s how we found salt. While you’re waiting for waves, there’s not much going on so we’d fish, catch octopus, and collect salt from the puddles. It was so far away and no one was living there. Everything had fallen down and fishermen would use the cottages’ wooden floor boards for fires.”

For the rest of this, please visit Munchies.